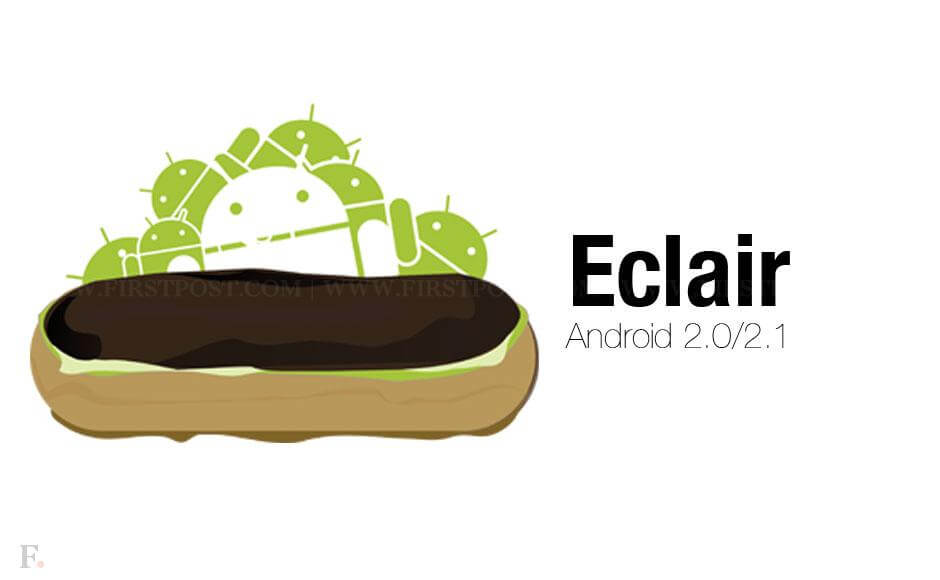 Android Eclair is the codename given to version 2.0 and 2.1 of the Android platform.

The SDK for Android Eclair was released on October 26, 2009.

Among the improvements with this release were new features in accounts management, contacts, and Sync.

Versions of the Android OS are codename after desserts.

As a matter of fact, the defaults home screen of Eclair displays a persistent Google Search bar across the top of the screen.

This version also included the addition of live wallpapers, allowing the animation of home-screen background images to show movement.